Some years back a client joked, “Us old cripples are the strongest clients you’ve got.” And she was right. This is something I noticed about a year into my personal training career: the more injuries the person has, the better their progress.

How does that happen? Well, when someone had injuries, I carefully considered their workout routine, choosing movements carefully to strengthen crucial weaknesses, work around serious issues, I resisted any demands from them for variety for its own sake, kept things focused, and made sure they had really good movements. Quality.

With the healthy ones I just slapped weight on the bar and if they got bored I threw in whatever would make them happy. But where possible I put more weight on the bar or made them do huge numbers of reps. Quantity.

After that first year it occurred to me, if it works for the gimpy ones, why not everyone? Thus my approach of coaching movement. Quality first, quantity second.

Now, this does not mean that we need a movement to be brilliant before we put another iron slice on on the salami. This is barbells, not ballet. Don’t overthink the movement. But it does mean take the time to make the movement good, then load it up. Remember the self-evident truth in training: consistent effort over time gets results. A good movement becomes a strong movement, this is the worth of good form.

Gyms are schools of movement. Most people come into them movement-illiterate. This is why any effective trainer or coach will have a system of some kind. When I started, with the gimpy ones I had a system, with the healthy ones I didn’t, this is why the more injuries they had the better their progress. Certainly we can argue about which is the better system, just as we do for other kinds of education. Nonetheless there must be a system of some kind. First you do this, then when you can do this well, you do that – and so on.

Most people training on their own in the gym have no system. Two-thirds of new gym members don’t take up the appointments they get with a gym instructor, and two-thirds of those who do take them don’t do the workouts they’re given, so at most one in nine people in the gym have any routine at all; fewer still progress the effort on these exercises over time. At the big gyms I’d see less than a dozen people of hundreds a day with a workout journal.

For example, if I get a young guy to do barbell squats, commonly he’ll be physically able to squat 70kg or so for a single. I start him on 40kg for sets of 5, and tell him, “next week, add 2.5kg, and so on. In six months you’ll squat 100kg for work sets easily.” Physically he can go faster than that, but I try to allow for nobody being there to watch his form, for poor food and missed workouts. He nods and smiles, and next week I see him struggling with 60kg, the following week he’s quarter-squatting 80kg, after that I never see him squatting again. Two years later he’s doing curls with a gym newbie and telling him, “I used to squat 140, but it hurt my knees.”

Rather few of us really have any pressing need to achieve this lift or that run really quickly. If you’re joining a rugby team in three months and weigh 50kg, if you’re hoping to conceive a child next year and weigh 150kg, then okay there is a hurry. But most of us are working out for general health, so there’s no hurry. Progress is progress.

Squat, push, pull, hip hinge, loaded carry. Take the time to master these movements. Build the quality and the quantity will come. There’s a time for quality, and a time for quantity. Mostly it’s quality. Sometimes you need to smash it, but not often. Progress, but there’s no hurry. 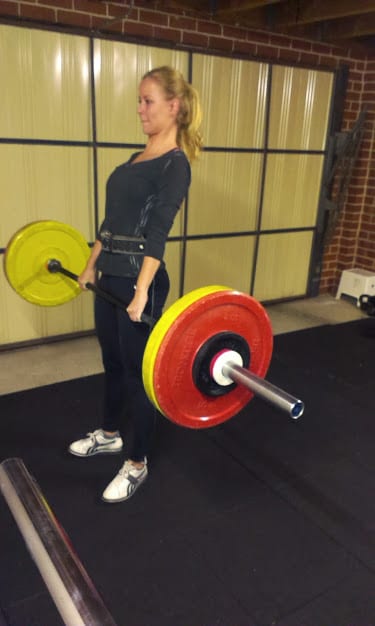